Jaisalmer is a town in the state of Rajasthan, of golden sands and yellow sandstone and hence also known as the golden city. The “Trikuta Fort” is the only fort which is still occupied by the families which in earlier times owned the land inside the fort. However, due to the  houses and shops built inside the fort has become less appealing and is crowded to its limit.

The fort, made from yellow sandstone, came to be known as “ Golden Fort” or “Sonar Kila” due to the Bengali film  “Shonar Kila” by the acclaimed film director “Satyajit Ray“. The fort is on a triangular hill which is why the king named it the Trikuta Kila. It is one of the largest forts in India and a world Heritage site. The fort dates back to 1156 AD built by Rajput ruler Rao Jaisal after whom the city derives the name( Mer means hill . Jaisal+ Mer is King Jaisal’s hill)

The fort has quite a few jain temples in its precinct which are now surrounded by tourist help centres, ticket counters, shops to entice foreigners with all the rajasthani craft, paitings , clothes, linen, antiques etc. 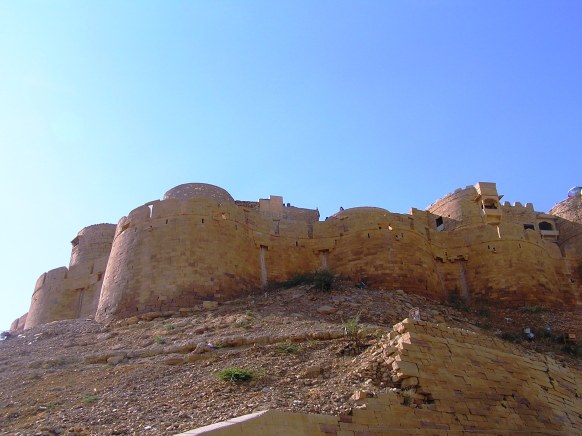 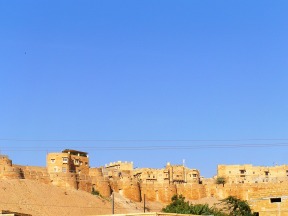 Plan of Jaisalmer Fort on a stone slab

Situated at about 400 feet above the city with seven entrance gates is the “Mehrangarh Fort” of Jodhpur. It has nine floors added by subsequent rulers. the foundation was laid in 1459 by Rao Jodha , the then ruler. The “sun God ” being the chief deity of the Rathore rulers, the fort was named ” Mihirgarh” ( Mihir= Sun + Garh= fort) . However it changed to Mehrangarh due to different way of pronunciation in rajasthani tongue.

It is a well kept fort with few museums, temple, palaces and a popular attraction for tourists. It is also a popular venue for celebrity( home grown and international) weddings and such events. The walls still bear the signs of canon balls which were fired by Jaipur army.  Many sections of the fort are under renovation therefore closed to public. This fort is definitely worth a visit. 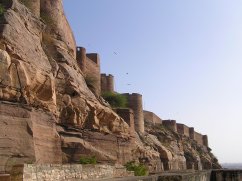 Located in Amer, 11 kilometres  from Jaipur, Rajasthan,  it was built by Raja Man Singh I. It is built in artistic style of Hindu elements.It has large ramparts, gates and cobbled pathways.

Ther is another fort near this ” Jaigarh Fort” which is connected to Amer fort through a subterranean passageway and hence both forts are considered as same complex. There are few opulent palaces inside the fort and temple dedicated to “Sila Devi” given by the king of Jessore( now in Bangladesh).

The fort was built in 16th century with additions by successive rulers. The additions and renovations continued for a period of 150 years till the capital was shifted by Raja Sawai Jaisingh I to Jaipur( named after the king). 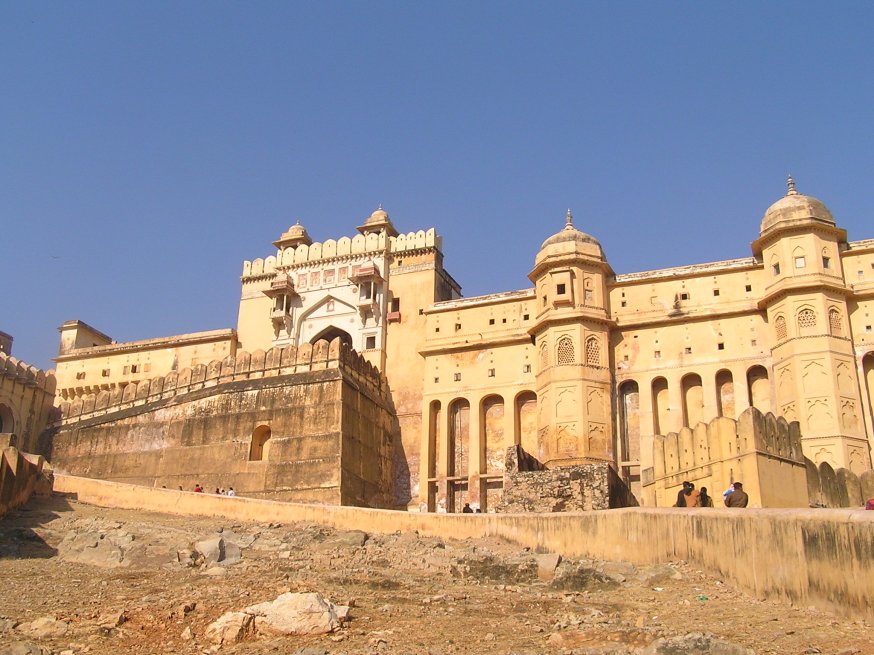 Rajasthan has a rich treasure of forts, palaces, havelis and temples with intricate carvings and distinctive architecture. More on each fort and palaces in future posts.