When we got posted to Agra, I was ecstatic. Agra was the seat of power of Mughal Dynasty for a long time before the capital was shifted to Delhi. I have a penchant for old historical structures and having grown up reading ‘Akbar-Birbal’ stories, I was itching to visit all the palaces, forts and mausoleums.

I remember visiting Taj Mahal as a toddler with parents,  a teenager on school trip and later on a history tour as a student of Architecture in college. But Itmad-ud-Daula or Baby Taj as it is more famously known as, never featured in those itineraries.

So this time, I chose to visit this precursor of the magnificent Taj Mahal….Tomb of Itmad-ud-Daula.

“Itmad-ud-Daula” was the title conferred by Emperor Akbar on his courtier “Ghias Beg” who also was the father of Empress Noor Jehan. 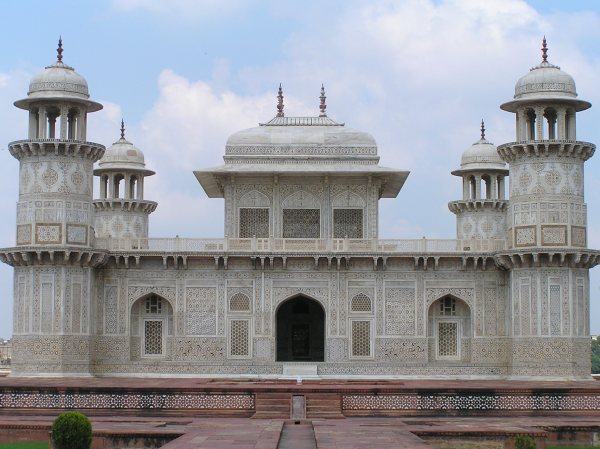 Mughal history is rife with stories of wars, forced successions, rebellions, murders, betrayals and love stories. Story writers thrive on the tales inspired by successive rulers of the dynasty adding a twist and turn here and there.

Love story of Salim aka Emperor Jehangir and the courtesan Anarkali, though not mentioned in history books, is immortalised through movies like ‘Mughal-e-Azam’. Though the story might be a brainchild of a very imaginative storyteller but fact is Jehangir was definitely a ladies man. He had as many as fifteen wives and many other women in his harem.

His marriage to Mehr-un-nisa or Empress Noor Jehan is a lesser known and hardly glamorized love story. It is said that Mehr-un-nissa, daughter of Ghiyas Beg, an important man in Akbar’s court was the widow of Sher Khan, a general in the royal army. Jehangir who loved Mehr-un-nissa, tainted her husband as a rebel and got him killed in Bengal.

Noor Jehan of Persian roots was a powerful person. The king having established his prowess as a warrior with a large expanse of kingdom had become complacent. He whiled his time addicted to alcohol and opium and willingly let Noor Jehan run the kingdom as it suited her. It was she who commissioned the work on tomb for her father making it the first edifice for a non-royal.

The tomb built between 1622 and 1628 was the first structure that deviated from the red sandstone with marble buildings of Mughals to absolute use of white marble with pietra dura inlay work.

It stands on the banks of Yamuna. The rectangular cuboidal design has also earned it the name of ‘Jewel box’. Approached by a huge red sandstone gateway, it sits pretty amidst large gardens around it. 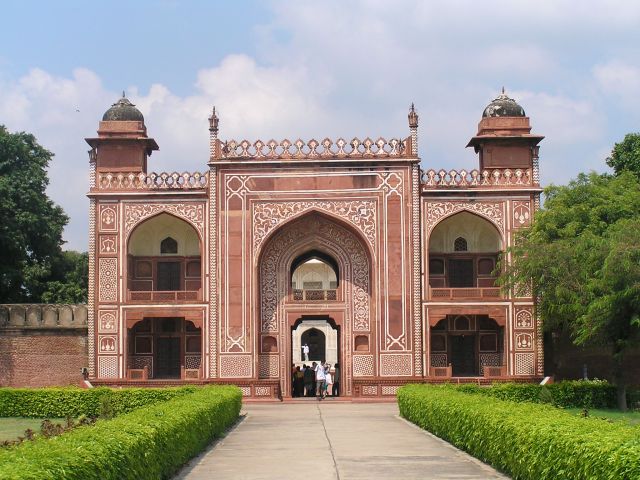 A similar gate is built on the river side. 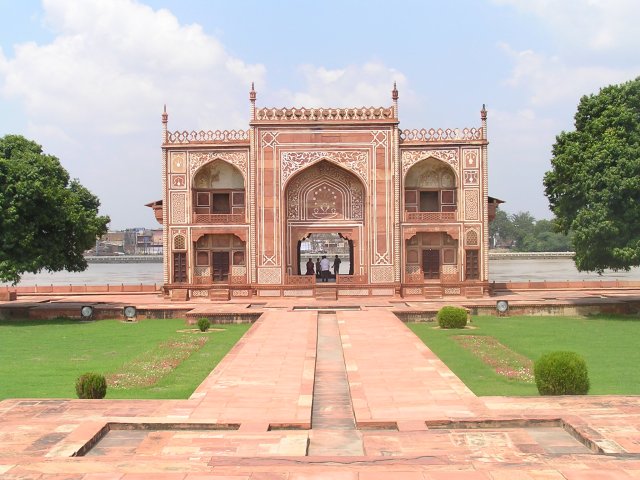 The design inside the mausoleum and gates are quite impressive. The patterns on the outer wall of tomb, the marble jalis and the faded murals and interior designs tell a tale of fine workmanship. 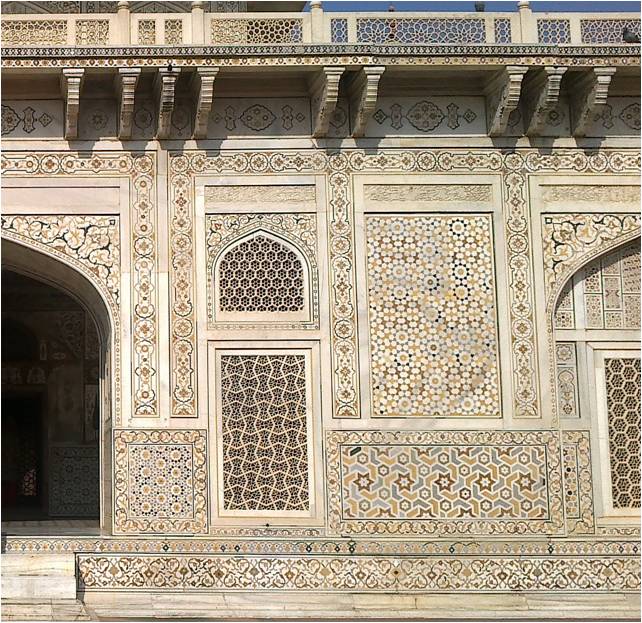 By giving this tribute to her father, Noor jehan did not shy away in times when women were mostly confined behind the curtains…. this was one statement by Noorjehan that veils could wield power too.